The Wagner coefficient is a key parameter used to describe the inelastic lateral-torsional buckling (LTB) behaviour of the I-beam, since even for a doubly-symmetric I-section with residual stress, it becomes a monosymmetric I-section due to the characteristics of the non-symmetrical distribution of plastic regions. However, so far no theoretical derivation on the energy equation and Wagner’s coefficient have been presented due to the limitation of Vlasov’s buckling theory. In order to simplify the nonlinear analysis and calculation, this paper presents a simplified mechanical model and an analytical solution for doubly-symmetric I-beams under pure bending, in which residual stresses and yielding are taken into account. According to the plate-beam theory proposed by the lead author, the energy equation for the inelastic LTB of an I-beam is derived in detail, using only the Euler–Bernoulli beam model and the Kirchhoff-plate model. In this derivation, the concept of the instantaneous shear centre is used and its position can be determined naturally by the condition that the coefficient of the cross-term in the strain energy should be zero; formulae for both the critical moment and the corresponding critical beam length are proposed based upon the analytical buckling equation. An analytical formula of the Wagner coefficient is obtained and the validity of Wagner hypothesis is reconfirmed. Finally, the accuracy of the analytical solution is verified by a FEM solution based upon a bi-modulus model of I-beams. It is found that the critical moments given by the analytical solution almost is identical to those given by Trahair’s formulae, and hence the analytical solution can be used as a benchmark to verify the results obtained by other numerical algorithms for inelastic LTB behaviour. 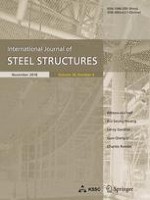