In this paper, we intend to propose a new heuristic optimization method, called animal migration optimization algorithm. This algorithm is inspired by the animal migration behavior, which is a ubiquitous phenomenon that can be found in all major animal groups, such as birds, mammals, fish, reptiles, amphibians, insects, and crustaceans. In our algorithm, there are mainly two processes. In the first process, the algorithm simulates how the groups of animals move from the current position to the new position. During this process, each individual should obey three main rules. In the latter process, the algorithm simulates how some animals leave the group and some join the group during the migration. In order to verify the performance of our approach, 23 benchmark functions are employed. The proposed method has been compared with other well-known heuristic search methods. Experimental results indicate that the proposed algorithm performs better than or at least comparable with state-of-the-art approaches from literature when considering the quality of the solution obtained. 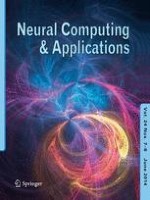 A novel defect detection and identification method in optical inspection