Long-term tendencies in annual, seasonal, and monthly (March) precipitation, evapotranspiration, and air- and dew-point temperature values were correlated with county-level changes in irrigated area across Nebraska over the 1979–2015 period. A statistically significant linear relationship (slope of − 1.65 ± 0.33 mm decade−1 per % decadal change in irrigated area, with a correlation coefficient of − 0.47) was found between the trends in annual precipitation and irrigated land area. Precipitation dropped by 1 mm annually if the level in irrigation expansion reached about 8% per decade, while the rest of the state enjoyed about a half-millimeter overall increase in annual precipitation rates. The drop was not evenly distributed within the year: the largest decrease took place in the spring, followed by autumn, while the winter and summer months experienced a slight precipitation increase independent of land use. In contrast to what was reported for Eastern Africa by Alter et al. (Nat Geosci 8:763–767. https://​doi.​org/​10.​1038/​ngeo2514, 2015), the evaporation-enhanced colder land surface of the irrigated fields stabilizes the overlying atmosphere most effectively not in the summer months when precipitation is most abundant in Nebraska, but rather in early spring and fall. The observed precipitation suppression of irrigation only works at the regional scale; it does not apply to irrigated land that is not an integral part of the more-or-less continuous irrigated land region of east-central Nebraska. 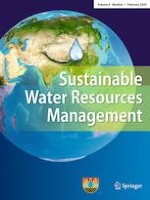