Neutron radiography was applied for investigations of nuclear fuel cladding and control rod behaviour during steam oxidation at temperatures between 1123 and 1673 K under severe nuclear accident conditions. This article gives an overview of these investigations. At KIT, loss of coolant and severe nuclear accidents were experimentally simulated. Post-test examinations of damaged control rods were performed. In order to separate the effect of the neutron absorber and control rod structure materials, radiographs taken with different neutron spectra were combined. It could be seen clearly from these data that local melting resulting from the eutectic reaction between the stainless steel control rod cladding and the Zircaloy-4 guide tube. The uptake of hydrogen during steam oxidation and its diffusion in Zircaloy-4 was investigated in ex situ and in situ radiography experiments at temperatures of 1123 to 1673 K. The kinetics of hydrogen uptake and diffusion was determined. The oxide layer morphology strongly influences the hydrogen concentration in steam oxidized zirconium alloys. Differences of nearly one order of magnitude were found in samples withdrawn from large scale QUENCH experiments. The hydrogen diffusion coefficients were determined for various temperatures. Whereas the diffusion coefficients at 1123 and 1173 K agree well with values expected from literature values for pure Zr, at higher temperatures a faster diffusion was found. The determined activation energy of the hydrogen diffusion is about 10 % higher than published values in the literature. 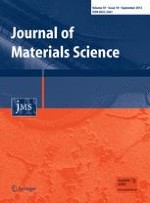