This paper describes the application of an improved nonlinear principal component analysis (PCA) to the detection of faults in polymer extrusion processes. Since the processes are complex in nature and nonlinear relationships exist between the recorded variables, an improved nonlinear PCA, which incorporates the radial basis function (RBF) networks and principal curves, is proposed. This algorithm comprises two stages. The first stage involves the use of the serial principal curve to obtain the nonlinear scores and approximated data. The second stage is to construct two RBF networks using a fast recursive algorithm to solve the topology problem in traditional nonlinear PCA. The benefits of this improvement are demonstrated in the practical application to a polymer extrusion process. 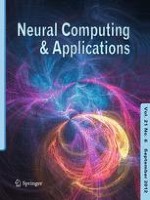