An application of steady state evoked potential (SSVEP) based brain–computer interface (BCI) has been developed by implementing the fuzzy decision model for the automatic feeding robot. Four blinking boxes were displayed on the corner of the 20″ liquid crystal display monitor as visual stimuli to induce the SSVEP of the subject brain signal. The corresponding electroencephalogram features extracted from fast Fourier transform and magnitude squared coherence were used as inputs of the fuzzy decision algorithm which determine whether it is valid decision or not and decide the selected command. Sixteen subjects participated in the experiment to evaluate the performance of proposed algorithm with the SSVEP-based BCI system embedded inside. The average positive predictive value of experimental results in single visual stimulus test (SVST) and multiple visual stimuli test (MVST) are 90.45 and 91.45%, respectively and F-score are 0.5889 and 0.6038 in SVST and MVST. Therefore, the proposed SSVEP-based BCI can be implemented to control the automatic robot to feed the disabled subjects with more robustness.
Anzeige
Vorheriger Artikel Synthesis and characteristics of the nano-scaled YBO3:sm3+ phosphors applied to improve the efficiency of solar cells
Nächster Artikel Bot detection using unsupervised machine learning 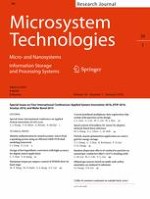 Electric control of friction on surface of high-strength hydrogels