In this paper, we employ automated deduction techniques to prove and generalize some well-known theorems in group theory that involve power maps \( x^n\). The difficulty lies in the fact that the term \(x^n\) cannot be expressed in the syntax of first-order logic when n is an integer variable. Here we employ a new concept of “power-like functions” by extracting relevant equational properties valid for all power functions and implement these equational rules in Prover9, a first-order theorem prover. We recast the original theorems and prove them in this new context of power-like functions. Consequently these first-order proofs remain valid for all n but the length and complexity of the proofs remain constant independent of the value of n. To give an example, it is well-known (Baer in Proc Am Math Soc 4:15–26, 1953, Alperin in Can J Math 21:1238–1244 1969) that every torsion-free group in which the power map \(f(x) = x^n\) is an endomorphism is abelian. Here we show that every torsion-free group in which a power-like map is an endomorphism is, indeed, abelian. Also, we generalize similar theorems from groups to a class of cancellative semigroups, and once again, Prover9 happily proves all these new generalizations as well. 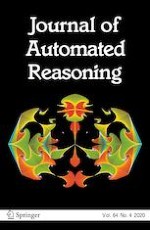 A Verified Implementation of the Berlekamp–Zassenhaus Factorization Algorithm

A Formalized General Theory of Syntax with Bindings: Extended Version