Facial expression detection (FED) and extraction show the most important role in face recognition. In this research, we proposed a new algorithm for automatic live FED using radial basis function support Haar Wavelet Transform is used for feature extraction and RBF-SVM for classification. Edges of the facial image are detected by genetic algorithm and fuzzy-C-means. The experimental results used CK+ database and JAFEE database for facial expression. The other database used for face detection process namely FEI, LFW-a, CMU + MIT and own database. In this algorithm, the face is detected by fdlibmex technique but we improved the limitations of this algorithm using contrast enhancement. In the pre-processing stage, apply median filtering for removing noise from an image. This stage improves the feature extraction process. Finding an image from the image components is a typical task in pattern recognition. The detection rate has reached up to approximately 100% for expression recognition. The proposed system estimates the value of precision and recall. This algorithm is compared with the previous algorithm and our proposed algorithm is better than previous algorithms. 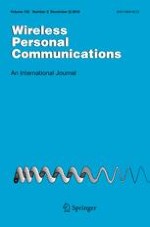