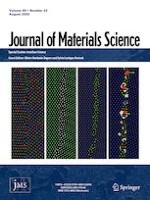 Materials Science in the time of Coronavirus