An end-to-end architecture for multi-script document retrieval using handwritten signatures is proposed in this paper. The user supplies a query signature sample, and the system exclusively returns a set of documents that contain the query signature. In the first stage, a component-wise classification technique separates the potential signature components from all other components. A bag-of-visual-words powered by SIFT descriptors in a patch-based framework is proposed to compute the features and a support vector machine (SVM)-based classifier was used to separate signatures from the documents. In the second stage, features from the foreground (i.e., signature strokes) and the background spatial information (i.e., background loops, reservoirs etc.) were combined to characterize the signature object to match with the query signature. Finally, three distance measures were used to match a query signature with the signature present in target documents for retrieval. The ‘Tobacco’ (The Legacy Tobacco Document Library (LTDL). University of California, San Francisco, 2007. http://​legacy.​library.​ucsf.​edu/​) document database and an Indian script database containing 560 documents of Devanagari (Hindi) and Bangla scripts were used for the performance evaluation. The proposed system was also tested on noisy documents, and the promising results were obtained. A comparative study shows that the proposed method outperforms the state-of-the-art approaches. 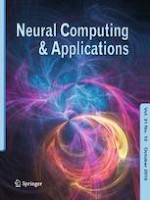