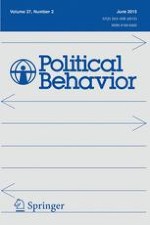 The South, the Suburbs, and the Vatican Too: Explaining Partisan Change Among Catholics

Racial Discrimination, Fear of Crime, and Variability in Blacks’ Preferences for Punitive and Preventative Anti-crime Policies