The Royal Tombs at Songsanri have played considerable roles in the study of Baekje history since the Royal Tomb of King Muryeong was excavated, in untouched condition, in 1971. However, the stability of the Royal Tombs at Songsanri has been threatened by constant exposure to the external environment and infiltration by rainwater. In this study, behavioral monitoring of the walls was conducted using tilt sensors to obtain very precise data about the deformation of the structurally vulnerable walls, evaluate their behavioral characteristics and the influence of environmental changes on these behaviors, and diagnose the structural stability of the ancient tombs. In tomb no. 5, with the exception of relatively rapid behavioral changes attributed to the stabilization process of the tilt sensors, the walls remained stable. However, abnormal changes were observed at several positions in the walls of tomb no. 6 and the Royal Tomb of King Muryeong. These changes were attributed to environmental changes. Furthermore, the abnormal changes in the walls were found to coincide with increases in the soil water content due to rainfall and artificial environmental changes caused by the investigations in the tombs. These findings are expected to be useful in creating policies and designing countermeasures to preserve these historically and culturally valuable tombs. 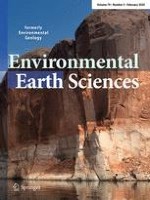