Beyond consumption: value transformation and the affordance of political Islam in Indonesia | springerprofessional.de Skip to main content
TOOLBAR 1 2 3 4
SUCHE MENÜ 1 2 3 4

As the absolute separation of religion and state was not conceptualized in the discourses of nation-building in Indonesia—the world’s most populous Muslim country—religious values are commonly discussed as a resource of normative orders for the public sphere and politics. Maintaining the importance of religion in the public space, however, requires constant creation of new practices through which Islamic values find continuous relevance. Drawing on ethnographic research on archery and date consumption as components of Islamic wellbeing in West Java, I argue in this article that the emergence of political Islam is not a linear project of political activism associated with evolving radical Islamism as a totalizing ideology. Instead, I contend that political Islam should be considered the result of transformative value creation stemming from non-political attainable everyday life practices as part of the recent rise of Islamic wellbeing consciousness. In this understanding of attaining Islamic values, exercising purification, an exercise of value creation whereby the value of material and immaterial resources of piety are aligned with the integrity of Islamic values, emerges as a significant ritual for the inclusion of non-Islamic resources through which political issues are recognized.

Titel
Beyond consumption: value transformation and the affordance of political Islam in Indonesia
Autor:
Ario Seto 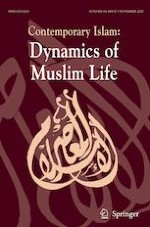