Taking an ethnographic point of departure in the relationship between two women in Bishkek, the capital of Kyrgyzstan – a doctor and a clairvoyant – the article will focus on the ambiguous ways the visible and the invisible intersect in the lives of the Kyrgyz. Esoteric experiences such as ayan, dream omens, sometimes stand out as flashes of insight which bring clarity and guidance, but are equally often unwanted disturbances which haunt people against their will. In order to do justice to this ambiguity I engage the phenomenology of the alien as developed by Bernhard Waldenfels, arguing that esoteric experiences may be seen as an example of what he terms radical alienness which cast doubt on interpretation itself. 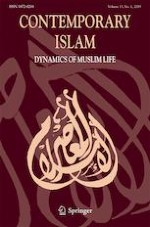 Metaphors and paradoxes: secrecy, power and subjectification in Sufi initiation in Aleppo, Syria

Spirits as technology: tech-gnosis and the ambivalent politics of the invisible in Indonesia

The unknown in the Egyptian uprising: towards an anthropology of al-Ghayb

The hair of the Prophet: relics and the affective presence of the absent beloved among Sufis in Denmark