Two experiments are present to examine the hypothesis that the ambiguity inherent within concept sketches can assist reasoning between different modes of representation, and engage translation from descriptions to depictions. The unstructured, ambiguous figures used as design cues in the experiments were classified as being at high, moderate, and low ambiguity. Participants were required to use the ideas suggested by the visual cues to design a novel table. Results showed that different levels of ambiguity within the cues significantly influenced the quantity of idea development of experienced designers, but not novice designers. For experienced designers, as the level of ambiguity in the cue increased so did the number of design ideas that were generated. Most design interpretations created by both experienced designers and novices were affected by geometric contours within the figures. We argue that the cognitive uncertainty engendered by ambiguous figures may inspire designers to search for substitute information in order to reduce this sense of uncertainty. With higher degrees of uncertainty the designer has greater freedom to search for more diverse ways to resolve presented ambiguities, thereby leading to innovations during the process of concept development. 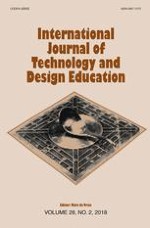