A new digital scanning approach is proposed and its feasibility is demonstrated. The Cascaded Mirror Array applies an array of reflectors, with each reflector movable between discretized angular positions controlled by digitized electrical signals, to process a light beam by cascaded reflections to generate desired deflections of a light beam. An Uneven-Leg Tilting mechanism was devised to provide a very significant mechanical reduction ratio so that it can be used to generate very small tilt angles by comparatively large, finite displacements that can be easily created. A 4-bit 1D scanner prototype, built by simple non-MEMS methods, demonstrated point-to-point scanning at 0.0125° resolution from 1 to several hundred Hz. Studies based on finite element simulations suggest that by increasing electromagnetic driving force and reducing the size and mass of the prototype construction operating frequency up to several thousand Hz can be achieved. The new approach has the potential of making low-cost light-weight robust high speed scanners. 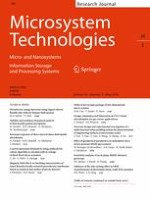