A modeling setup based on the cellular automata (CA) method was developed to model the kinetics of static recrystallization (SRX) in hydroformed steel tubes undergoing the annealing process. In addition, the impact of multiaxial deformations on the kinetics of SRX within the hydroformed steel tube was investigated. First, hoop and axial strains developing at the pole of the steel tube during hydroforming were obtained from the digital image correlation measurements. Then, an exact analytical solution was employed to calculate the corresponding hoop and axial stresses at the pole of the bulged tube. Using these biaxial stress–strain curves, the stored energy was calculated for the hydroformed tube specimen. Second, the actual grain topology and crystallographic orientation of grains in the deformed specimen were obtained with the electron backscatter diffraction. Third, the calculated stored energy as well as the microstructural and crystallographic data was incorporated into the CA model as initial conditions to predict the kinetics of SRX in the specimen during annealing. Finally, to assess the accuracy of the CA model, experimental and predicted results were compared in terms of grain topology data including the grain size and aspect ratio distributions, as well as the rate of recrystallization during annealing. A reasonable agreement between the experimental and CA predictions in partial and fully recrystallized specimens was achieved inferring the validity of the developed algorithm and the modeling setup to predict the SRX kinetics during the post-tube hydroforming annealing process. 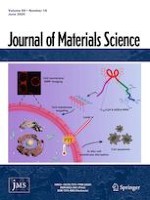 The interaction between N,N-dimethylacrylamide and pristine graphene and its role in fabricating a strong nanocomposite hydrogel