Cellulose nanocrystals (CNCs) produced by sulfuric acid hydrolysis as organic nanofillers were dispersed into polycarbonate (PC) in organic solution through a solvent exchange procedure, and their influence on the optical, mechanical, and thermal properties of the resulting composite films were studied. It is demonstrated that due to the good dispersion of the nanofillers in the polymeric matrix, the formation of strong hydrogen bonds between carbonyl groups of PC and hydroxyl groups of the CNCs can be achieved, leading to a simultaneous reinforcement effect on mechanical and thermal properties of the composite films. Moreover, it was further found that the existence of nanofillers in the composite efficiently hindered the main thermal degradation pathways of PC involving the chain scission at carbonate linkage and rearrangement of carbonate groups. Compared with neat PC, the composite film with 3 wt% CNCs has an increase of about 30.6 % in tensile strength, 27.3 % in Young’s modulus, and 3.3 % in maximum decomposition temperature, but still remain quite transparent. 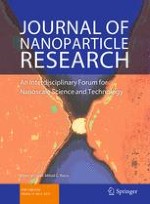 Stability of charge and orbital order in half-doped Y0.5Ca0.5MnO3 nanocrystallites