Accurate assessment of cup orientation on postoperative radiographs is essential for evaluating outcome after THA. However, accuracy is impeded by the deviation of the central X-ray beam in relation to the cup and the impossibility of measuring retroversion on standard pelvic radiographs.

In an experimental trial, we built an artificial cup holder enabling the setting of different angles of anatomical anteversion and inclination. Twelve different cup orientations were investigated by three examiners. After comparing the two methods for radiographic measurement of the cup position developed by Lewinnek and Widmer, we showed how to differentiate between anteversion and retroversion in each cup position by using a second plane. To show the effect of the central beam offset on the cup, we X-rayed a defined cup position using a multidirectional central beam offset. According to Murray’s definition of anteversion and inclination, we created a novel corrective procedure to balance measurement errors caused by deviation of the central beam. 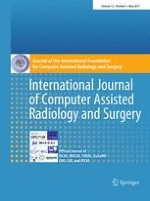 Accuracy of computer-aided diagnosis based on narrow-band imaging endocytoscopy for diagnosing colorectal lesions: comparison with experts