Energy of turbulent wakes can be harnessed using vortex induced vibration harvesters. The unequal pressure distribution due to turbulence on the device generates vibrations which can be converted to electricity through piezoelectric transduction mechanism. The energy harvester concept that is investigated here consists in a polymeric thin flexible plate (that can host piezoelectric elements on each side) placed in the wake of a rigid bluff body. The motion of the plate is similar to that of a swimming eel and can be approximated using a cantilever beam model. Experiments were carried out in a water tunnel, different polyethylene plates were clamped to a square cylinder and a high speed camera was used to simultaneously capture both the plate deflection and the flow pattern. Plates were varied in slenderness; the Reynolds number based on the square cylinder ranged between 1500 and 20,000. From each captured frame, the deflection was computed and used to perform modal decomposition and strain energy calculation. The plate deflection pattern evolves from splitter plate oscillations at low Reynolds number or high flexural rigidity into travelling waves at high Reynolds number or low flexural rigidity. Those travelling waves lead to higher strain energy. The measured velocity vectors show that when the normal flow simultaneously impinges at different locations on both sides of the plate, complex bending shapes result. The frequency delay observed with longer plates show that there is more plate-wake interaction sustaining the turbulence in the wake and thus optimizing the energy transfer. 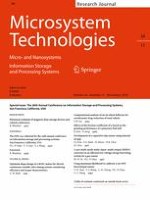