CuInGeSe4 thin films of various thicknesses were prepared on a glass substrate by thermal evaporation followed by selenization at 700 K. Energy dispersive X-ray analysis shows that the CuInGeSe4 thin films are near stoichiometric. The X-ray diffraction patterns indicate that the as-deposited CuInGeSe4 thin films are amorphous, while the CuInGeSe4 thin films annealed at 700 K are polycrystalline with the chalcopyrite phase. The structure of the films was further investigated by transmission electron microscopy and diffraction, with the results verifying the X-ray diffraction data. High-resolution scanning electron microscopy images show well-defined grains that are nearly similar in size. The surface roughness increases with film thickness, as confirmed by atomic force microscopy. The optical transmission and reflection spectra of the CuInGeSe4 thin films were recorded over the wavelength range of 400–2500 nm. The variation of the optical parameters of the CuInGeSe4 thin films, such as the refractive index n and the optical band gap Eg, as a function of the film thickness was determined. The value of Eg decreases with increasing film thickness. For the studied films, n were estimated from the Swanoepl’s method and were found to increase with increasing film thickness as well as follow the two-term Cauchy dispersion relation. A heterojunction with the configuration Al/n–Si/p–CuInGeSe4/Au was fabricated. The built-in voltage and the carrier concentration of the heterojunction was determined from the capacitance–voltage measurements at 1 MHz and were found to be 0.61 V and 3.72 × 1017 cm−3, respectively. Under 1000 W/m2 solar simulator illumination, the heterojunction achieved a conversion efficiency of 2.83%. 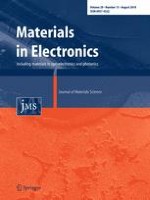