The exposure of an 8-year-old child to a femtocell operating at 2600 MHz, both (child and source) freely located in random positions in an indoor environment, was assessed. In order to develop surrogate models of the exposure, stochastic dosimetry based on sparse low-rank tensor approximation method (sparse LRA) was used. The surrogate models were used for fastly estimating the specific absorption rate (SAR) in all the possible positions of femtocell and child. Results showed that, for all the possible positions in the room, the exposure values were significantly below the International Commission of Non-Ionizing Radiation Protection (ICNIRP) guidelines for general public and that the probability of reaching SAR values higher than 1% of the ICNIRP guidelines value was lower than 0.006. The variation of the distance between femtocell and child influenced greatly the exposure, resulting in quartile coefficient of dispersion values always higher than 48%. 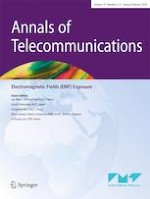