It is generally assumed that one-class machine learning techniques can not reach the performance level of two-class techniques. The importance of this work is that while one-class is often the appropriate classification setting for identifying cognitive brain functions, most work in the literature has focused on two-class methods. In this paper, we demonstrate how one-class recognition of cognitive brain functions across multiple subjects can be performed at the 90% level of accuracy via an appropriate choice of features which can be chosen automatically. Our work extends one-class work by Hardoon and Manevitz (fMRI analysis via one-class machine learning techniques. In: Proceedings of the Nineteenth IJCAI, pp 1604–1605, 2005), where such classification was first shown to be possible in principle albeit with an accuracy of about 60%. The results of this paper are also comparable to work of various groups around the world e.g. Cox and Savoy (NeuroImage 19:261–270, 2003), Mourao-Miranda et al. (NeuroImage, 2006) and Mitchell et al., (Mach Learn 57:145–175, 2004) which have concentrated on two-class classification. The strengthening in the feature selection was accomplished by the use of a genetic algorithm run inside the context of a wrapper approach around a compression neural network for the basic one-class identification. In addition, versions of one-class SVM due to Scholkopf et al. (Estimating the support of a high-dimensional distribution. Technical Report MSR-TR-99-87, Microsoft Research, 1999) and Manevitz and Yousef (J Mach Learn Res 2:139–154, 2001) were investigated. 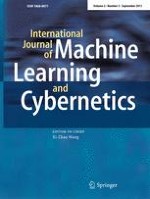