The adaptation science enterprise has expanded rapidly in recent years, presumably in response to growth in demand for knowledge that can facilitate adaptation policy and practice. However, evidence suggests such investments in adaptation science have not necessarily translated into adaptation implementation. One potential constraint on adaptation may be the underlying heuristics that are used as the foundation for both adaptation research and practice. Here, we explore the adaptation academic literature with the objective of identifying adaptation heuristics, assessing the extent to which they have become entrenched within the adaptation discourse, and discussing potential weaknesses in their framing that could undermine adaptation efforts. This investigation is supported by a multi-method analysis that includes both a quantitative content analysis of the adaptation literature that evidences the use of adaptation heuristics and a qualitative analysis of the implications of such heuristics for enhancing or hindering the implementation of adaptation. Results demonstrate that a number of heuristic devices are commonly used in both the peer-reviewed adaptation literature as well as within grey literature designed to inform adaptation practitioners. Furthermore, the apparent lack of critical reflection upon the robustness of these heuristics for diverse contexts may contribute to potential cognitive bias with respect to the framing of adaptation by both researchers and practitioners. We discuss this phenomenon by drawing upon heuristic-analytic theory, which has explanatory utility in understanding both the origins of such heuristics as well as the measures that can be pursued toward the co-generation of more robust approaches to adaptation problem-solving. 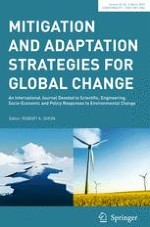