Semantic segmentation and image parsing have rapidly become an eminent research area in computer vision and machine learning domain. Many applications have required a robust mechanism for segmentation, such as self-driving, augmentative reality, object recognition, etc. Due to the high applicability in the various domains, In this paper, we have introduced a two-step frame-work that parses the image into predefined labels by using a novel CNN architecture and improving the likelihood of labels. In step-1, nine-layer CNN architecture has been introduced, which trains on minimal training samples and results in the pixel-wise Soft-Max probabilities. These probabilities are the soft estimates derived from a hard classifier, i.e., MLP. Data in step-1 has been prepared in the form of a patch-label set. In step-2, we have introduced a Jacobian optimization-based label relaxation method that fuses the local extrema as an edge prior. The proposed frame-work has been denoted as CNN-EFF in this work. The CNN-EFF scheme has been evaluated two publicly available benchmark data-sets, which has arranged in the form of image and their pixel label ground-truth. The experimental results have been compared with the previously proposed state-of-the-art methods. The CNN-EFF has greatly improved semantic labeling accuracy up to a significant gain from the past techniques. The CNN-EFF process has reported 84.42%, 85.91%, 94.66%, 97.14%, and 98.27% accuracy for the Highway, House, sheep, Horse-rider, and Horse-keeper images, respectively. Conclusively, the Proposed frame-work has out-performed the previously proposed state-of-the-art methods.
Anzeige 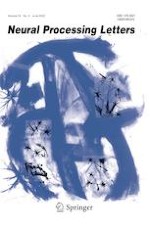