The rising critical voices on conventional settlement interventions and continued reliance on imported planning ideas from the North in the cities of the South mean that planners and other urban development actors need to question their methodologies and approaches. The inherent tendency for conventional settlement interventions to ignore power complexities, social diversity and conspicuous conditions of poverty and deprivation in cities of the South further draws into question urban development interventions in Africa and the entire global South. Based on the case of Kampala (Uganda) co-production processes and engagements, the paper reveals tension points, networked and multiple community power bases that have strong and influential claims to urban space. The paper argues that a conscious combination of organised community resistance and collaboration could lead to reforms in the way actors and agencies understand and seek to improve living conditions in the cities of the South. The paper argues that planning and development intervention in these cities should be seen as both a collaborative and conflicted process.

Titel
Co-production as an Alternative Planning Approach in the Cities of the South: the Case of Kampala (Uganda)
Autor:
Gilbert Siame 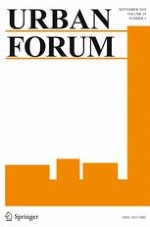 Resistance and Resilience by Informal Traders in Bulawayo, Zimbabwe: Beyond Weapons of the Weak