The primary tasks of a cognitive system are to survive and to maximize a life-long utility function, like the number of offsprings. A direct computational maximization of life-long utility is however not possible in complex environments, especially in the context, of real-world time constraints. The central role of emotions is to serve as an intermediate layer in the space of policies available to agents and animals, leading to a large dimensional reduction of complexity. We review our current understanding of the functional role of emotions, stressing the role of the neuromodulators mediating emotions for the diffusive homeostatic control system of the brain. We discuss a recent proposal, that emotional diffusive control is characterized, in contrast to neutral diffusive control, by interaction effects, viz by interferences between emotional arousal and reward signaling. Several proposals for the realization of synthetic emotions are discussed in this context, together with key open issues regarding the interplay between emotional motivational drives and diffusive control. 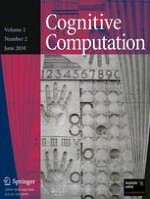 Quasi-Quantum Computing in the Brain?

A Video Quality Assessment Metric Based on Human Visual System

On Natural Based Optimization