The electronic structure and the vibrational property of the double perovskite oxide, Ca2GdTaO6 (CGT), synthesized by solid-state reaction technique are investigated. Density functional theory calculations performed by the VASP show a direct band gap energy of 3.2 eV. The calculated density of states (DOS) has been compared to the valence band spectrum measured by X-ray photoelectron spectroscopy (XPS). The calculated electronic structures of CGT are qualitatively similar to those of the XPS spectra in terms of spectral features and relative intensities. The DOS of CGT shows that the Gd f, Ta d and O 2p states are hybridized. The band-structure calculation is used to obtain the optical dielectric constant of the sample. The inter-band contributions to the optical properties of CGT have been analysed. Raman spectrum of the sample taken at 488 nm excitation wavelength shows five primary strong peaks at 112, 215, 320, 458 and 767 cm−1. Lorentzian lines with 17 bands have been used to fit the Raman spectrum. The eigen frequencies of different phonon modes have been theoretically calculated. The calculated results are compared with the experimental data. 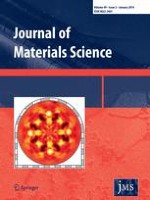