Biochar pyrolyzed at 800 °C from banana (Bb) and orange peel (OPb) was applied in the sorption of nickel (Ni2+) using a batch system. OPb shows a higher affinity for Ni2+ than Bb. A rapid increase in sorption capacity and percentage removal was observed for both types of biochar with an equilibrium time of 30 min. The adsorption behavior was described using a pseudo-second-order model, indicating chemisorption as the rate-limiting step. A linear increase in the sorption capacity of 340 and 212 mg g−1 was observed for OPb and Bb, respectively, upon increasing the initial Ni2+ concentration (50–300 mg g−1) with a 40% decrease in removal efficiency. An increase in the sorption capacity of 78 and 88 mg g−1 for OPb and Bb, respectively, with a 15% increase in removal efficiency was observed for both absorbents upon increasing the solution pH from 2 to 8. OPb shows enhanced performance than Bb at all pH values, and an optimum pH of 8 was selected. An increase in the sorption capacity of ~ 120 mg g−1 was observed upon increasing the biochar dose (0.1–0.5 g), and the optimum dose was 0.7 g. The Langmuir isotherm model exhibits the best fit to the adsorption data (R2 = 0.99), whereas H–J isotherm (R2 < 0.70) displayed the least best fit. The effective sorption of Ni2+ demonstrates the potential of plant-based biochar as economically viable adsorbents. 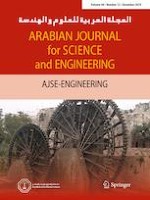