This paper presents the comparison of two hybrid methodologies for the two-objective (cost and resilience) design of water distribution systems. The first method is a low-level hybrid algorithm (LLHA), in which a main controller (the non-dominated sorting genetic algorithm II, NSGA-II) coordinates various subordinate algorithms. The second method is a high-level hybrid algorithm (HLHA), in which various sub-algorithms collaborate in parallel. Applications to four case studies of increasing complexity enable the performances of the hybrid algorithms to be compared with each other and with the performance of the NSGA-II. In the case study featuring low/intermediate complexity, the hybrid algorithms (especially the HLHA) successfully capture a more diversified Pareto front, although the NSGA-II shows the best convergence. When network complexity increases, instead, the hybrid algorithms (especially the LLHA) turn out to be superior in terms of both convergence and diversity. With respect to both the HLHA and the NSGA-II, the LLHA is capable of detecting the final front in a single run with a lower computation burden. In contrast, the HLHA and the NSGA-II, which are more affected by the initial random seed, require numerous runs with an attempt to reach the definitive Pareto front. On the other hand, a drawback of the LLHA lies in its reduced ability to deal with general problem formulations, i.e., those not relating to water distribution optimal design. 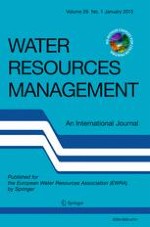 Comparative SWOT Analysis for Water Solutions in Asia and Africa