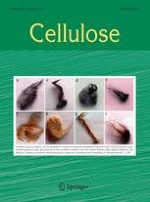 A specific case in the classification of woods by FTIR and chemometric: discrimination of Fagales from Malpighiales