In WSN, nodes collect the information from the surrounding environment and transferring to base station. Multiple data transmission in a WSN causes the nodes near the base station to get congested. Here we propose to develop a congestion avoidance and mitigation technique. For that, we select routes based on the distance between sender and receiver, relative success rate (RSR) value of node and buffer occupancy of a node. Based on these three parameters, we define a utility function to be applied to each neighbor of a transmitter node. Hence the transmitter node chooses the highest U-valued node as its next hop node among its neighbors in packet forwarding. Thus we avoid congestion by choosing non-congested nodes as its next hop node and then we mitigate congestion based on RSR values. 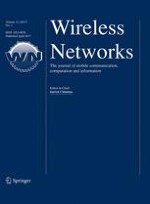