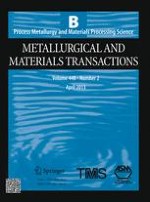 Erratum to: The Membrane Electrowinning Separation of Antimony from a Stibnite Concentrate