Face-centered cubic Cu2S nanowires with length of up to 50 μm and diameters in the range of 100–500 nm are synthesized on Si substrates through the chemical vapor deposition method using a mixed gas of Ar and H2 as the carrier gas under a chamber pressure of about 700 Torr. It was found that the growth of quasi 1D nanostructure followed a typical vapor-liquid-solid (VLS) mechanism in which the element Cu was reduced by H2 as the catalyst. The as-synthesized Cu2S nanowires exhibited typical p-type semiconducting characteristics with a conductivity of about 600 S cm−1 and a hole mobility (μ h) of about 72 cm2 V−1 s−1. Further study reveals that p-Cu2S nanowires/n-Si heterojunction exhibits distinct rectifying characteristics with a turn-on voltage of ~0.6 V and a rectification ratio of ~300 at ±1 V in the dark and a pronounced photovoltaic behavior with an open circuit voltage (V oc) of 0.09 V and a short circuit current (I sc) of 65 nA when illuminated by the NIR light (790 nm, 0.35 mW cm−1), giving rise to a responsivity (R) about 0.8 mA W−1 and specific detectivity (D*) 6.7 × 1010 cm Hz1/2 W−1 at zero bias, which suggests the potential of as-synthesized Cu2S nanowires applied in the field of self-driven NIR photodetector. 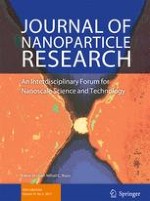