Computational analysis in cardiovascular fluid and solid mechanics now has powerful methods, encouraging the development of even more powerful ones, and can deal with a wide range of biomechanics problems, encouraging efforts to further increase that range. For examples of the methods developed and problems analyzed, see [ 1– 32]. In this paper we focus on the human coronary arteries, specifically the right coronary artery (RCA).
The coronary arteries, feeding arteries to the myocardium, are known as common sites of atherosclerotic narrowing, which typically leads to myocardial infarction and sudden cardiac death [ 33]. Links have been suggested between the atherosclerosis development and mechanical stimuli such as endothelial wall shear stress (WSS) and structural stress in the arterial wall [ 34, 35]. This has motivated studies on quantification of the biomechanical stresses with computational fluid and structural mechanics methods and medical-image-based anatomical models. Among such studies, those on structural mechanics [ 36] and fluid–structure interaction (FSI) [ 37, 38] are rather sparse compared to those on fluid mechanics and WSS [ 39, 40]. One reason for that is the difficulty in acquiring the wall thickness and the motion of a coronary artery, which is substantial in the RCA. Approaches used for acquiring such time-dependent anatomical data [ 39, 41– 43] include the time-dependent anatomical-model extraction method introduced in [ 43], which is based fully on magnetic resonance imaging (MRI). This MRI-based method was used in [ 43] for blood flow analysis with cardiac-induced arterial motion.
Anzeige
In this paper, we focus on coronary arterial dynamics analysis, with the medical-image-based time-dependent anatomical model coming from [ 43]. The long-term objective is to have a better understanding of the interaction between the blood flow and arterial dynamics, which is difficult to observe experimentally. This requires FSI analysis, which in turn requires a robust method for the coronary arterial dynamics computation. The method has to be able to deal with the computational challenges involved, such as the large deformation of an incompressible material, including stretch, bending and torsion.
Medical-image-based arterial geometries come from configurations that are not stress-free. Therefore coronary arterial dynamics computations with such time-dependent anatomical models require prestress calculations or zero-stress (ZS) state estimations. More explanation of this requirement and references to some of the methods introduced to meet this requirement can be found in [ 28]. The methods mentioned in [ 28] include the original version of the technique for calculating an estimated zero-pressure (EZP) arterial geometry [ 44], and newer EZP versions introduced in [ 10, 17, 45], which were also presented in [ 19, 22]. They also include the prestress technique introduced in [ 15] and further refined in [ 18], which was also presented in [ 19, 22].
A method was introduced in [ 28] for element-based ZS state estimation. The method has three parts. 1. An iterative method, which starts with an initial guess for the ZS state, is used for computing the element-based ZS state such that when a given pressure load is applied, the image-based target shape is matched. 2. A method for straight-tube geometries with single and multiple layers is used for computing the element-based ZS state so that we match the given diameter and longitudinal stretch in the target configuration and the “opening angle.” 3. An element-based mapping between the arterial and straight-tube configurations is used for mapping from the arterial configuration to the straight-tube configuration, and for mapping the estimated ZS state of the straight tube back to the arterial configuration, to be used as the initial guess for the iterative method that matches the image-based target shape.
In coronary arterial dynamics computation with medical-image-based time-dependent anatomical model, the method we use for the ZS state estimation has two components. The first one is the method introduced in [ 28] for element-based ZS state estimation. The second one is a “mixed ZS state” approach, where the ZS states for different elements in the structural mechanics mesh are estimated with reference configurations based on medical images coming from different instants within the cardiac cycle. The overall method used in the coronary arterial dynamics computation carried out here, including the mixed ZS state approach, is described Sect.  2. The results are presented in Sect.  3, and the concluding remarks are given in Sect.  4.
Anzeige

The medical-image-based time-dependent anatomical model comes from [ 43]. The MRI-based method used in extracting that model can be found in [ 43]. The arterial cross-sectional images were acquired at 14 instants within the cardiac cycle: 0, 50, 150, 200, 250, 300, 350, 400, 450, 500, 550, 600, 725 and 850 ms, with 0 ms corresponding to the R-wave of the electrocardiogram. The time-dependent lumen geometry was constructed by associating to the points along the moving centerline cycle-averaged cross-sections. The cross-section for each point along the centerline was obtained, by averaging over the cardiac cycle, from the MRI-obtained cross-sections for that point. From that, for the computations carried out here we reconstruct the lumen geometry by mapping the cross-section for each point along the centerline to a circular cross-section. We construct the wall volume by extruding the lumen outward, with a constant wall thickness, assumed to be 0.5 mm from [ 42]. Then we generate a volume mesh that has 135,450 nodes and 108,000 hexahedral elements, with 4, 90 and 300 elements in the thickness, circumferential and length directions. The mesh is represented over the cardiac cycle by using cubic B-splines in time and the ST-C technique (see [ 46]).

As mentioned in Sect.  2.2, the calculation of \(\mathbf {X}_0^e\) depends on the \(\mathbf {X}_\mathrm {REF}\) choice. For each element \(e\) in the structural mechanics mesh, \(\mathbf {X}_0^e\) can be estimated with a reference configuration based on the medical image coming from any instant within the cardiac cycle. We can use this freedom of choice for trying to reduce the chances of having compression regions in the arterial dynamics computation covering a cardiac cycle, which would in turn increase the robustness of the computations. This is the basic idea behind the mixed ZS state approach.
In building the mixed ZS state here, we consider four instants within the cardiac cycle where a reference configuration based on the medical image can come from: (1) 0 ms, (2) 250 ms, (3) 500 ms, and (4) 750 ms. The pressure load associated with each reference configuration is obtained from the time-dependent blood pressure profile 1 for the cardiac cycle of 1.0 s, which can be seen in Fig.  1. We calculate four different ZS sates corresponding to these four instants. Assuming that the arterial deformation during a cardiac cycle is given fully by the MRI-based time-dependent mesh deformation, for each of the four ZS states we find for every element the minimum value \(\uplambda _z\) drops to during the cardiac cycle. For each element, we pick as the ZS state the one that gives the maximum of those four minimum- \(\uplambda _z\) values. Figure 2 shows a view of how the elements in each of the four ZS states are distributed over the domain.
×
×
Figure  3 shows the artery after a partial longitudinal cut (LC). For more on the “LC state,” see Sections 3.1 and 4.2.2 in [ 28]. Although we use a mixed ZS state, the opening angle is somewhat uniform, reflecting \(\phi \) = \(270^{\circ }\) in calculation of all four ZS states.
×

On the lumen, we specify a time-dependent, uniform blood pressure; on a thin strip along the arterial surface and two cut surfaces at the arterial ends, we specify a motion that matches the motion extracted from the medical images; and elsewhere we specify zero traction. The time-dependent blood pressure profile, which was already referenced in Sect.  2.4, can be seen in Fig.  1. The parts of the boundary where we match the motion extracted from the medical images are shown in Fig.  4.
×

Computational analysis of coronary arteries helps us gain a better understanding of the links between the atherosclerosis development and mechanical stimuli such as endothelial WSS and structural stress in the arterial wall. To increase the reliability of the analysis, we have presented a method for coronary arterial dynamics computation with time-dependent anatomical models extracted from medical images. The method has two components. The first one, introduced recently in [ 28], is element-based zero-stress (ZS) state estimation, which is an alternative to prestress calculation. The second one is a mixed ZS state approach, where the ZS states for different elements in the structural mechanics mesh are estimated with reference configurations based on medical images coming from different instants within the cardiac cycle. We use the freedom of choice given to us by the mixing in a process where we try to reduce the chances of having compression regions in the arterial dynamics computation covering a cardiac cycle. Reducing the chances of encountering compression increases the robustness of the computation and results in a more realistic arterial dynamics. We demonstrated the robustness of the method in a patient-specific coronary arterial dynamics computation where the motion of a thin strip along the arterial surface and two cut surfaces at the arterial ends is specified to match the motion extracted from the medical images. We expect this new ZS state estimation method to become one of our frequently-used special methods targeting cardiovascular FSI modeling.

This work was supported in part by the Rice–Waseda research agreement and also in part by JST-CREST (first and third authors). The authors are grateful to Dr. Jennifer Keegan and Professor David Firmin (CMR Unit, Royal Brompton Hospital and Imperial College, London) for the acquisition of the MRI images, and also to Drs. Katherine March and Chloe Park (International Centre for Circulatory Health) for their help in acquiring the pressure profile.
Open AccessThis article is distributed under the terms of the Creative Commons Attribution License which permits any use, distribution, and reproduction in any medium, provided the original author(s) and the source are credited.
Footnotes
1
The pressure profile is based on the subject’s aortic pressure, which is known to be similar to the coronary pressure [ 48]. The aortic pressure was acquired using a commercial aortic pressure measurement system pulseCor (Uscom Limited, Sydney). This system calculates the aortic pressure based on the brachial pressure measured with a cuff wrapped around the subject’s forearm. The system has been validated and used in clinical studies [ 49]. 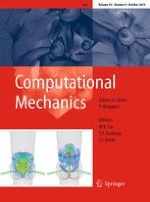