The hydrodynamic effects of flooding during extreme storm events are the leading cause of structural damage to impacted properties and due to their complexity, it is difficult to accurately estimate structural damage and flood vulnerability. We propose a robust structural damage assessment model that considers the dynamic behavior of flooding coupled with the structural and regional characteristics of buildings by using of a pair hydrodynamic model i.e., the advanced circulation (ADCIRC) and two-dimensional unsteady flow (TUFLOW). Fine-scale inland flooding scenarios were developed to simulate heavily impacted areas of coastal New Jersey in the United States (US) based on the historical storm Hurricane Sandy (2012). The models were calibrated and validated using multiple sets of observed data as well as using several performance metrics. The corresponding Nash–Sutcliffe efficiency (NSE) and R-squared (R2) values were found to be in the range of 0.426–0.81 and 0.56–0.91, respectively, during the ADCIRC calibration process. A spatial comparison with the observed inundation data revealed that the correlation coefficient and root mean square error (RMSE) for the inland flood modelling by TUFLOW were 0.79 and 0.71, respectively, with a 96.49% coefficient of similarity. A structural damage model was developed by combining the hydrodynamic components of flooding with several structural characteristics. In a comparison of the observed and model-simulated damage counts, the results indicate the conservative nature of the damage-prediction model with a mean absolute error (MAE) of 40.26 and RMSE of 58.67. Using a GIS framework, the damage assessment results for a particular type of storm were mapped to illustrate the damage levels of individual properties. 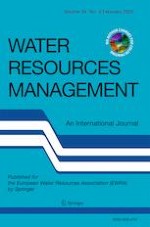