Area coverage is an important issue in wireless sensor networks, which reflects how well an area is monitored or tracked by sensors. But, since a sensor network has restricted energy resources, energy efficiency is vital for this area coverage. One of the most efficient solutions to provide energy-aware area coverage is scheduling. That is, without any assumption about sensors’ locations, only a distributed and parallel scheduling method determines which sensors should be on and which ones should be off in each decision period. The ultimate objective is to maximize network lifetime and keeping a target level of area coverage. A major part of the algorithms proposed in this field, schedule a sensor node activity based on its neighbors’ information. Such information includes the distances of a node from its neighbors, the number of its active neighbors, etc. Indeed, message exchange is essential in the implementation of these algorithms which causes to increased energy consumption. In this paper, we propose a distributed scheduling algorithm, at which, each node itself decides to make its sensor on or off based on its location information and the node density over the target area. For this purpose, we first compute the minimum number of nodes that are enough to cover the target area. Then we obtain the best locations for theses nodes. Based on these computed location the area is partitioned into some sub-area, each one coverable by only one sensor. Then in each sub-area, a local scheduling procedure schedules the activation order of sensor. Simulation results show that the proposed algorithm, called CAOP, can maximize the network lifetime while maintaining complete area coverage. 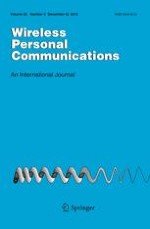