Violent criminality associated with Mafia-type organizations has been crucial for the image of Italy’s crime. This paper purpose is to verify whether the contemporary situation still matches that image and what has been the impact on crime of more recent factors, above all foreign immigration. Indeed, Italy has been characterized by a recent but tumultuous migratory flow, which has possibly posed difficulties for immigrants’ integration. The territorial analysis, carried out on 103 Italian provinces, shows two discrete scenarios. When all the provinces are considered, serious offences such as intentional homicides, extortions, criminal conspiracies and robberies are still associated with a traditional scenario of socio-economic backwardness and poor social capital. However, when only the Central and Northern provinces are selected, a new, non-traditional form of criminality, associated with “modern” features, such as the presence of immigrants and their problems of integration, clearly emerges. 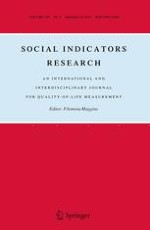 Measuring Interstate Variations in the Consequences of Illegal Drugs: A Composite Indicator Approach

The Role of Financial Development and Economic Misery on Life Expectancy: Evidence from Post Financial Reforms in India

Could the EQ-5D be Used to Predict Mortality and Hospitalization Over a Long Term Period?

Multidimensional Poverty in Indonesia: Trend Over the Last Decade (2003–2013)