Authentication protocols with anonymity attracted wide attention since they could protect users’ privacy in wireless communications. Recently, Hsieh and Leu proposed an anonymous authentication protocol based on elliptic curve Diffie–Hellman problem for wireless access networks and claimed their protocol could provide anonymity. However, by proposing a concrete attack, we point out that their protocol cannot provide user anonymity. To overcome its weakness, we propose an improved protocol. We also provide an analysis of our proposed protocol to prove its superiority, even though its computational cost is slightly higher. 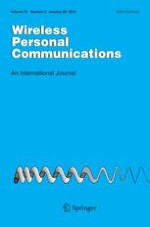 Design and Implementation of a Reconfigurable Mobile Game Controller on Smartphone