Network traffic classification has become more important with the rapid growth of Internet and online applications. Numerous studies have been done on this topic which have led to many different approaches. Most of these approaches use predefined features extracted by an expert in order to classify network traffic. In contrast, in this study, we propose a deep learning-based approach which integrates both feature extraction and classification phases into one system. Our proposed scheme, called “Deep Packet,” can handle both traffic characterization in which the network traffic is categorized into major classes (e.g., FTP and P2P) and application identification in which identifying end-user applications (e.g., BitTorrent and Skype) is desired. Contrary to most of the current methods, Deep Packet can identify encrypted traffic and also distinguishes between VPN and non-VPN network traffic. The Deep Packet framework employs two deep neural network structures, namely stacked autoencoder (SAE) and convolution neural network (CNN) in order to classify network traffic. Our experiments show that the best result is achieved when Deep Packet uses CNN as its classification model where it achieves recall of 0.98 in application identification task and 0.94 in traffic categorization task. To the best of our knowledge, Deep Packet outperforms all of the proposed classification methods on UNB ISCX VPN-nonVPN dataset. 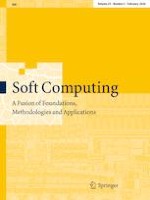