Saudi Arabia is a water deficit and an arid land with limited fresh water supplies. Owing to the burgeoning population, ascending living standards and desert agriculture, there is a tremendous stress on the current water reserves. Towards such ends, this paper introduces a remote sensing and geographic information system (GIS)-based multi-factor decision-making system to identify the regions in Saudi Arabia with groundwater potential. The proposed model is capable of producing groundwater suitability map built on the synthesis of several hydrological factors such as rainfall, slope, lithological features, land use/land cover, geological structures, soil type, lineaments density and drainage network using an analytical hierarchical process. The synthesis of these parameters has resulted in improved rendering of groundwater probable hotspots in the study area. According to obtained results, 0.66% (587.90 km2), 38.97% (34162.12 km2), 58.55% (51328.34 km2), 1.8% (1588.36 km2) and 0.004% (3.26 km2) of the study area was ranked as ‘Best’, ‘Very good’, ‘Good’, ‘Fair’ and ‘Poor’, respectively. The delineated zones were validated by mapping water wells on the suitability map. The results showed that 35.88 and 62.35% of the water wells belong to ‘Very good’ and ‘Good’ regions, while 0.58 and 1.17% belong to ‘Best’ and ‘Fair’ regions. This indicates that model-generated results were in good agreement with the ground truth and majority of the existing wells belong to ‘Very good’ to ‘Good’ regions of the generated map. This demonstrated the potential of remote sensing and GIS techniques to successfully discover groundwater plausible regions which could be further exploited to find suitable locations for groundwater withdrawal. 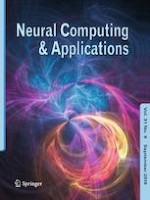