Time reversal is an approach that can be used to focus acoustic waves in a particular location on a surface, allowing a multitouch tactile feedback interaction. The spatial resolution in this case depends on several parameters, such as geometrical parameters, injected frequency and material properties. This can be efficiently described with the Kirchhoff model of wave propagation. This paper highlights the impact of frequency, in particular the mean frequency of the injected signal band, geometrical parameters such as plate thickness and transducer’s surface on the focused spot dimension and displacement amplitude. Results show that the dimension of piezoelectric transducers has little influence on the spatial resolution. The resonant behavior of the plate and its implication on focus point dimension, in particular its shape and amplitude are investigated. On reduced bandwidths the predominant effect of the resonant frequencies on the amplitude and shape of the focus spot is shown. 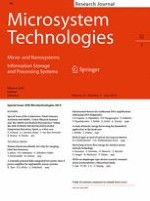