Focal epilepsy is a common neurological disorder of the brain. It is symbolized by recurring seizure activities in particular regions of the brain. Electroencephalogram (EEG) signals contain information about the brain activity that can be used to identify areas affected by seizures. For this, however, neurologists have the challenging task to analyze the EEG signal to imply where the source of epilepsy is located. A novel approach to detect regions of focal epilepsy is proposed in this paper. By using an adaptive mixture of independent component analysis as a decomposition algorithm and information about the position of the measuring electrodes, EEG signals are transformed into two-dimensional brain maps that are further altered by a symmetric-weighted scale-invariant local ternary pattern technique. Features from this altered brain map are used as input in a three-layered artificial neural network for classification between epileptic and artifact brain maps. The brain maps classified as artifact are eliminated, and the epileptic components are given as output for doctors to investigate the regions of the brain affected by focal epilepsy. With the proposed methodology, an accuracy of 99.53% to detect epileptic components in EEG signals is reached. 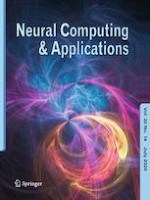