Deriving the consensus ranking(s) from a set of rankings plays an important role in group decision making. However, the relative importance, i.e. weight of a decision maker, is ignored in most of the ordinal ranking methods. This paper aims to determine the weights of decision makers by measuring the support degree of each pair of ordinal rankings. We first define the similarity degree of dominance granular structures to depict the mutual relations of the ordinal rankings. Then, the support degree, which is obtained from similarity degree, is presented to determine weights of decision makers. Finally, an improved programming model is proposed to compute the consensus rankings by minimizing the violation with the weighted ranking(s). Two examples are given to illustrate the rationality of the proposed model. 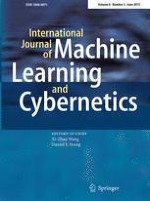