The study performs an overview and evaluation of the currently applied methods of preheating forging tools used in hot die forging processes performed on presses and presents the development and tests of new, more effective methods. Based on the conducted complex analysis of the temperature changes taking place on and directly beneath the surface of forging dies during their preliminary heating, an analysis was performed of one of the most commonly used methods of tool heating, i.e., using a charge material and a waste material. Next, the study proposes the introduction of changes and improvements of this method to achieve repeatability and stability of the obtained temperatures. To that end, detailed guidelines concerning the manner and time of the heating process were elaborated. The following step was the development of a new, more effective heating method. The first draft involved a new concept of heating using heaters localized in the die’s housing or heaters in the shape of forgings placed between the dies. Both concepts of heating were numerically modeled, which made it possible to assess their effectiveness. The last step of the research was the development of a heating method using induction heaters. This method was the most effective and brought the best results, which was confirmed during the modeling of the heating process and in the tests conducted on the prototype test stand. The obtained results confirm the effectiveness of almost all the methods, especially the method of heating by means of a charge material, supported by new guidelines, the method of heating with the use of forging-shaped heaters and the method of induction heating. Only in the case of heating with heaters mounted in the tool housing was the assumed working temperature not achieved. Some differences were observed mainly related to efficiency, that is, the heating speed in respect to the assumed temperature. The performed tests showed that the best method is induction heating as it is over twice as fast. Therefore, it is usually recommended for the process of heating and the additional heating realized in the work center of the press on the mounted tools, where the time aspect is especially important. 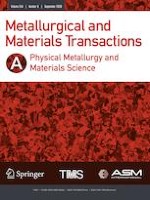