insite
INHALT
PATENTSUCHE
Aktivieren Sie unsere Patentsuche, um Patente mit diesem Artikel oder Abschnitte davon zu finden.
powered by
Patent suchen
download
DOWNLOAD
share
TEILEN
print
DRUCKEN
insite
SUCHEN
Human intelligence develops through experience, robot intelligence is engineered – is it? At least in the mainstream approaches based on classical Artificial Intelligence (AI) and Machine Learning (ML) the robotic engineering approach is pursued and data- or knowledge-based algorithms are designed to improve a robot’s problem-solving performance. Based on this engineering perspective of classical AI/ML approaches plenty of valuable application-specific impact has been achieved. Yet, the achievements are often subject to restrictions that involve domain knowledge as well as constraints concerning application domains and computational hardware.
Developmental Robotics seeks to extend this constrained perspective of engineered artificial robotic cognition by building on inspiration from biological, developmental processes to design robots that learn in an open-ended continuous fashion. Herein, Developmental Robotics seeks to investigate and model cognitively plausible inductive biases including curiosity, homeostasis and body schemas. This enables Developmental Robotics to consider cognitive domains that involve problem-solving, self-perception, developmental disorders and embodied cognition.
Anzeige
This cognitive modeling perspective helps to improve the performance of intelligent robotic agents, and it has already led to significant contributions that inspired cutting-edge application-oriented Machine Learning technology. In addition, Developmental Robotics also provides functional computational models that help to understand and to investigate embodied cognitive processes.
In this special issue we collect and address several of the challenges that adhere to the modeling of inductive biases and developmental robots. In their review, Nguyen et al. [4] provide an overview over the state of the art in modeling the body schema and peripersonal space of robotic agents. The authors conclude by proposing a novel theoretical model to learn the peripersonal space and body schema representations. Other technical contributions include research by Hoffman et al. [3], who propose a computational model of the well-known mirror self-recognition test that is deemed to indicate whether animals (e.g. dolphins or apes) are self-aware. The authors deploy the model on a humanoid robot and show that if the test indeed indicates self-awareness for biological entities, then their computational robotic implementation also shows self-awareness. Furthermore, Philippsen [6] investigates developmental models of speech acquisition, and in a project report, Nguyen et al. [5] summarize their recent work on curriculum learning and continual learning for robots. The continual learning aspect has also been picked up by Schillaci et al. [7]. The authors show that the computational models for continual learning do not only improve robots and deliver empirical foundations to better understand intelligent behavior. They are also useful for practical applications outside of the robotics domain, such as greenhouse models for horticulture applications.
Controversial discussions and perspectives are provided by Pierre-Yves Oudeyer [2] and Butz [1]. We have interviewed Pierre-Yves Oudeyer and asked him for his perspective on strong and weak AI. He argues that the terminology of weak and strong is misleading because it implicitly assumes a scale of intelligent behavior. Instead, his perspective is that each biological being possesses exactly the type and level of intelligence that is optimal for the ecological niche it lives in. In his discussion article, Martin Butz stresses that behavioristic weak AI lacks inductive biases that caused humans and other biological agents to become intelligent beings. He argues that such inductive biases and compositional generative models are critical for developing more general strong AI. 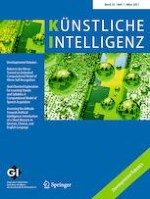 Robot in the Mirror: Toward an Embodied Computational Model of Mirror Self-Recognition

Goal-Directed Exploration for Learning Vowels and Syllables: A Computational Model of Speech Acquisition

Assessing the Attitude Towards Artificial Intelligence: Introduction of a Short Measure in German, Chinese, and English Language