In the public and political discourse on technology development dominate technological-deterministic perspectives. At the same time, the existing economic and social conditions in which technology is used are considered unchangeable. In contrast, emancipatory technical studies rightly point out the potential for emancipative appropriation of technologies by the society.
However, it is also necessary to reflect critically on the idea of ‘emancipation’ to which reference is made. Because the coupling of technology and capitalist utilization logic in contemporary society can be seen as a result of emancipation processes of modernity, as the historical review in the article makes clear. These processes were associated with problematic ambivalences and a negative dialectic: the project of the technical emancipation of man from the power of nature overturned in the subjection of external and internal nature. Likewise, the liberation of man from traditional feudal ties as a consequence of bourgeois emancipation led to the increasing power of the bourgeois class and the market over men. The modern capitalist industrial society emerged as a result of the combination of these two emancipatory movements. In line with Polanyi [ 1], this process can also be described as ‘disembedding’ of the market and the bourgeois subject of society and nature.
Anzeige
Today, in the face of increasing social and environmental crises, the shady sides and the non-sustainability of this ‘simple’ emancipation are becoming apparent. Against the background of these crises, it is necessary to develop a project of reflexive emancipation, which includes the nature and the subordinated people suppressed in modern times. What is needed for a sustainable development are technologies that involve or promote the ‘re-embedding’ of the market in society and of society in nature.
However, such a countermovement towards re-embedding is also associated with the danger that positive emancipatory achievements and potential will also be lost, as Fraser rightly points out. She therefore proposes replacing Polanyi’s ‘double movement’ of disembedding and re-embedding with a “triple movement” [ 2] which integrate emancipation and solidarity.
In line with this, it is argued in the article that Emancipatory Technology Studies should support an emancipatory technology policy which promotes a positive dialectical triple movement in the Hegelian sense: it overcomes the contrast between blind technical (and market-dominated) progress and the countermovement and antithesis towards a ‘re-embedded’ limited technique. The goal is the synthesis of a technology development that harmonizes with the sustainability of social and natural development.

A Plea for a Reflexive Emancipation

This outlined dialectic of the ‘simple emancipation’ of modernity must be critically reflected upon today. A blind reference to the emancipation euphoria and the Promethean spirit of the industrial society would be a naive regression into the nineteenth century. The ecological and postcolonial critique of the project of modernity should be taken into account and the dangers associated with the current cybergnostic radicalization of the modern emancipation project must be considered.
This diagnosis should not be misunderstood as a plea for a complete rejection of the achievements of technical progress and the Promethean project. In place of the simple promises of emancipation of modernity, however, a reflexive concept of emancipation must be put forward. That which has been excluded, subordinated, dominated by the emancipations of modernity must now be included in the emancipation movement. And this includes nature in particular. Neither a return to nature nor an adherence to the myths of eternal emancipation should be aspired to—but a ‘forward’ to nature through a synthesis of emancipation and (re)reconnection.
Against a glorification of an imagined original unity with a ‘mother’ nature and thus the submission to a nature myth, the emancipative progress of modernity and thus also its technical achievements can certainly be appreciated and defended. The romanticizing myths of benevolent nature are still to be questioned—for man, as a natural-cultural double being, there was never a perfect unity with a nature and the history of mankind be described as a successful history of emancipation from an imperfect nature.
At the same time, however, the dark side of the modern project of emancipation, i.e., the violent colonization of nature, must also be taken into account from a decolonial perspective. A project of an ‘emancipatory technologies’, which defines itself only in dissociation from nature and refuses to reflect on the dark side of the domination of nature, would ultimately only reproduce the myths of modernity. A new, expanded, and reflexive emancipation project should be sought. This project does not imply a backward-looking condemnation of technology, but rather an emancipation of technology from current social power and production relations.
But what exactly is meant by reflexive emancipation and what transformation is associated with it? In the following, a more concrete definition will be given with reference to Ulrich Beck and his description of reflexive modernization. Beck has defined this as follows:
“Let us call the autonomous, undesired and unseen, transition from industrial to risk society reflexivity (to differentiate it from and contrast it with reflection). Then ‘reflexive modernization’ means self-confrontation with the effects of risk society that cannot be dealt with and assimilated in the system of industrial society. (…) This very constellation may later, in a second stage, in turn become the object of (public, political and scientific) reflection.” [ 6, 32]
In line with this, reflexive emancipation on a first level can be understood as result of the unintended consequences of the negative side effects of simple emancipation—i.e., the increase of those dark sides that were described above as dialectics of emancipation. In a subsequent stage, however, this can also lead to a perception of the side effects in society and to an extended, reflective project of emancipation.
This also opens up a more optimistic perspective: The dialectics of emancipation and enlightenment were discussed by the authors of critical theory only as “negative dialectics” [ 33]. Emancipation produces its own opposite and leads to new domination. But there is also another, more positive concept of dialectics. As is well known, dialectic describes a philosophical method which regards contradictions as the driving force of development. Hegel took the position that “contradiction is not mer opposition (…). Contradiction occurs when a position follows is own logic and thereby finds itself at odds with itself” [ 34, p. 12]. The contrast between thesis and antithesis is dissolved and annulled, which in turn leads to a third concept, the ‘synthesis’, which unifies the first two. Thus, the movement goes beyond a negative dialectic, which is also relevant for understanding the dialectic of emancipation: “Emancipatory politics, contrast, refuses to see contradiction as opposition. There is no enemy whose defeat would eliminate contradiction because contradiction is constitutive of subjectivity and society. The point, for the project of emancipation, is sustaining it.” [ 34, p. 214].
In connection with this, I want to discuss reflexive emancipation as a possible result of a dialectic of emancipation that does not end in self-contradiction, but makes possible a “reconciliation” (Versöhnung) and annulment (Aufhebung) in the sense of Hegel. In the following, two approaches will be pursued:
(a)
Following Fraser’s critique of Polanyi’s thesis of disembedding and re-embedding, which can also be described as a movement of emancipation and counter-emancipation, a dialectical “triple movement” [ 2] of emancipation is described.
(b)
Subsequently, it is outlined what a reflexive emancipative politics of technology implies in relation to social conditions and the relations to nature.

From the Double Movement to a Emancipative Triple Movement 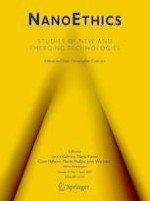 Who Cares for Agile Work? In/Visibilized Work Practices and Their Emancipatory Potential

Towards a Digital Workerism: Workers’ Inquiry, Methods, and Technologies

Technopolitics from Below: A Framework for the Analysis of Digital Politics of Production

The Three Pillars of Functional Autonomy of Hackers