In wireless sensor networks, the privacy of an event is critical to its safety. The location privacy of the sensor node that reports the event is imperative to the privacy of the event. Thus, privacy protection of both the event and the node that observes and reports the event is critical. In this work, we present a differentially private framework for ensuring the location privacy of a node and through it the event. The framework is based on the premise that an event occurrence is observed by multiple nodes. The transmissions triggered by an event reported by multiple nodes have low sensitivity to transmission by a single source node. If an event is reported by small number of nodes, additional dummy traffic needs to be generated for privacy of the event. Moreover, fake events are required to evade sustained observation. The privacy of an event also requires that an adversary must not be able to distinguish between real and dummy traffic. Reduced sensitivity to a single node transmission is achieved by cumulative, real and dummy traffic reporting the same event and by rendering real and fake events indistinguishable. Results indicate that dummy traffic for real and fake event ensure the differential privacy of the location of the occurrence of a node and the related event can be achieved. 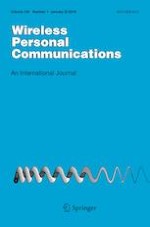