Some mechanical properties for cobalt boride (CoB and Co2B) coatings were obtained using the Vickers depth-sensing indentation technique. The coatings were developed on the surface of a CoCrMo alloy using the powder-pack boriding process at temperatures between 1223 and 1273 K using different exposure times for each temperature. Vickers indentations were conducted at constant distances from the surface using loads ranging from 15 to 450 mN. For the entire set of experimental conditions, the behavior of the indentation properties was examined as a function of the indentation loads. Universal expressions were used to determine the apparent or real hardness, the indentation Young’s modulus, and fracture toughness of the CoB and Co2B coatings. The results indicated that the CoB and Co2B coatings exhibited an apparent hardness of 20 and 17 GPa, respectively, in which the fracture toughness of the cobalt boride coatings only varied slightly in the set of experimental conditions proposed in this work. 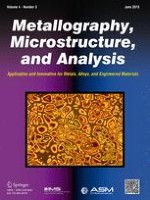