The generation of random Voronoi grain-based models for DEM simulation is proposed in this investigation. Voronoi diagram has important applications in rock engineering and geological engineering. However, the application of 3D Voronoi models has been limited due to the difficulty of generating 3D Voronoi domains. Little research has been done on the Voronoi tessellations of objects with irregular shapes. Voronoi tessellations of objects with regular and irregular shapes are investigated by using the Matlab function mpt_voronoi. The proposed models are then employed to simulate micro-fracturing and tension cracks in brittle rock. The 3D Voronoi grain-based slope model is used to investigate the dynamic response and failure mechanism of the rock slopes during earthquakes. The failures of rock slopes are actually due to the increasing and expanding of the tension cracks, the development of the tension surfaces and sliding of the blocks during earthquakes. The 2D Voronoi grain-based specimen composed of clusters is adopted to carry out rock fragmentation by TBM cutters. PFC simulation results reveal that the damaged rock undergoes some volume dilation that causes the expansion of the crushed zone and the propagation of the vertical crack. The rock fragmentations are actually caused by the increasing of the tension cracks. According to the simulation, it is believed that Voronoi grain-based models will contribute to an improved knowledge of DEM simulation. 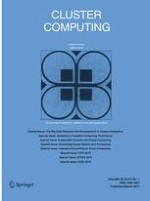